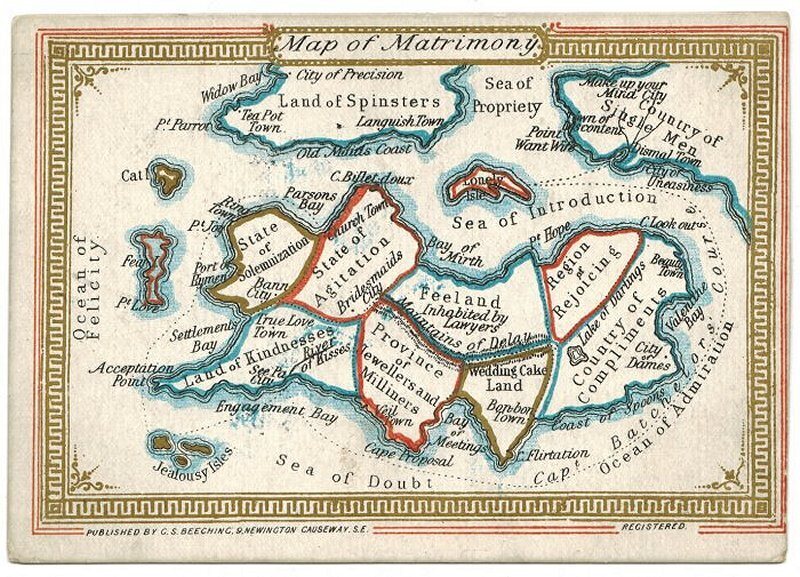 CARTOGRAPHY IS ALL ABOUT CREATING ACCURATE, detailed maps
- so that travelers know what to expect when setting out on a journey.
- But not all of these journeys involve physical travel
— matrimonial maps provide a visual guide for the adventure that is courting, engagement, and marriage.

Matrimonial maps emerged in the 18th century
- but were most prominent during the 19th century.
- They depicted states of emotion, milestones, and stages of intimacy in as geographical features.
- With these fanciful maps for reference, a single gal could chart a course
--- from the Land of Spinsters to the Region of Rejoicing,
--- bypassing Lonely Isle along the way.
- Likewise, unmarried gents could envision themselves setting off for a voyage
--- from the Country of Single Men,
--- navigating the choppy waters of the Sea of Introduction, and
--- arriving in Valentine Bay, the gateway to the City of Dames.

The science is settled and skepticism will not be tolerated
- No, we’re not talking about “global warming”
- the latest scientific declaration is something you have probably long suspected:
- Conservatives are just more attractive than liberals